A highly qualified team of 12 radiologists

serving you for more than 10 years

Our certified professionals ensure you have peace of mind

Our clinic’s customers benefit from the expertise of our radiologists, who are affiliated with the Centre hospitalier Pierre-Boucher. This affiliation creates a simple and efficient partnership between our private company and the public health system to provide medical care as needed.

Meet the members of our team 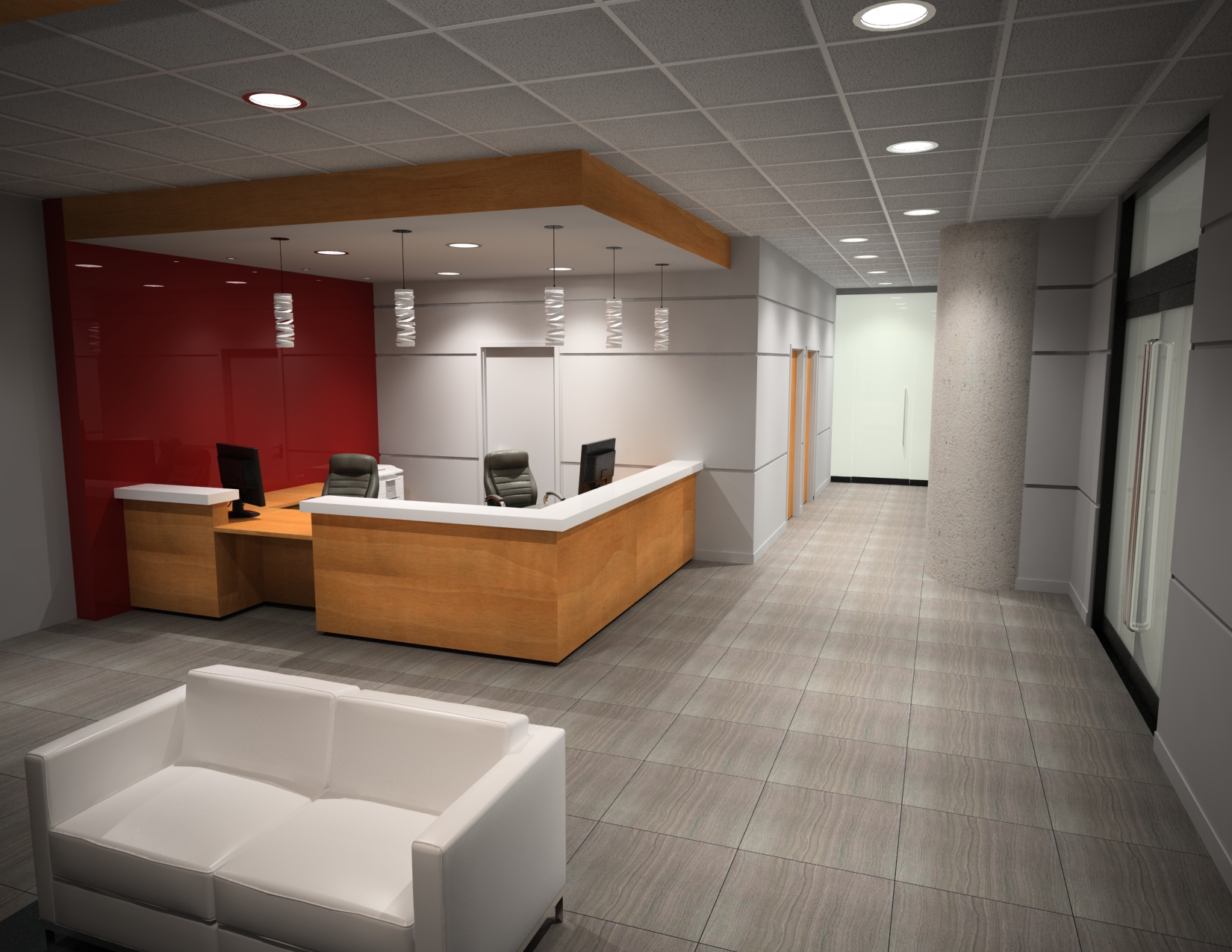 Dr. Chagnon completed his studies in Medicine at Université Laval in 2004. He started his residency in Diagnostic Radiology the same year and completed it in July 2009. He then did a two-year fellowship in Paris. He devoted his first year of supplementary training to Digestive and Hepatobiliary Imaging at the Beaujon Hospital under the supervision of Professor Valérie Vilgrain. In his second year, he joined the team of Dr. Thierry De Baere at the Institut Gustave-Roussy, Europe’s largest oncology treatment centre. There, he perfected his skills and knowledge in Oncological Intervention Radiology. In particular, Dr. Chagnon specializes in the per-cutaneous destruction of tumours using techniques such as radio frequency or thermoablation, cryoablation, and microwaves. He also has particular expertise in Doppler ultrasound, contrast ultrasonography, virtual colonoscopy, and breast imaging. 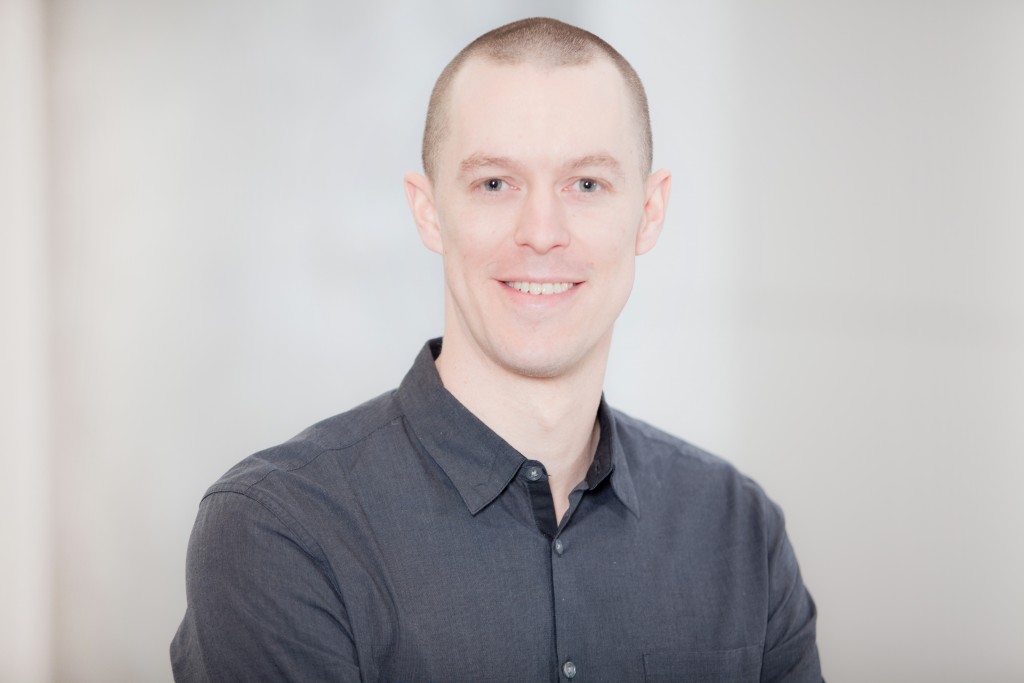 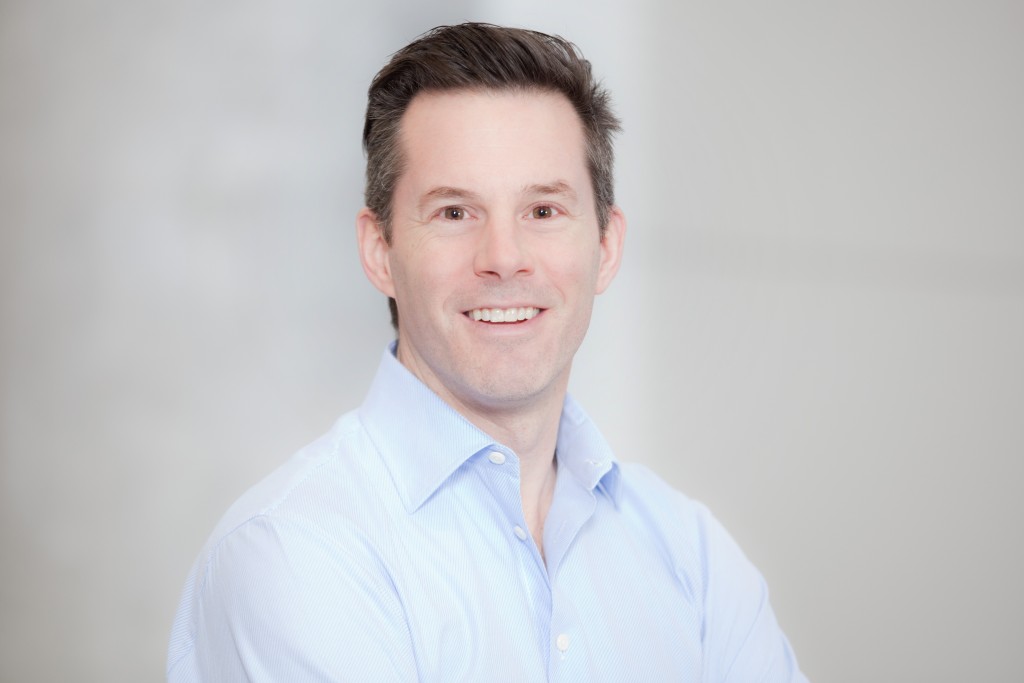 Dr. Eric Desmarais graduated from McGill University in Medicine in 1998. After completing his residency in Diagnostic Radiology at the Université de Montréal in 2003, he pursued a one-year fellowship in Radiology Services with professors Laredo and Chevrot in Paris, where he acquired expertise in magnetic resonance imaging, intervention techniques for the musculoskeletal system, osteoarticular ultrasound, and sports medicine imaging. A seven-year university practise led him to Montreal’s Sacré Coeur Hospital and the Centre hospitalier de l’Université de Montréal. He served as assistant clinical professor in the Department of Radiology at the Université de Montréal. In 2013, he joined the Pierre Boucher Hospital and Radiologie Montérégie. He is a member of the Society of Skeletal Radiology and the American Roentgen Ray Society and has been serving as Medical Director of Radiologie PB since 2016.

Dr. Robillard completed his medical studies at Université Laval in 2001, followed by his specialty in Diagnostic Radiology at the Université de Montréal in 2006. After completing an additional year of training in musculoskeletal and pelvic-abdominal imaging, he joined the Radiology team at the Pierre Boucher Hospital, the network of Radiologie PB clinics, and Radiologie Montérégie. From 2007 to 2012, he also worked part time at the Maisonneuve-Rosemont Hospital affiliated with the Université de Montréal in the area of musculoskeletal imaging.

Dr. Robillard was named head of the Department of Medical Imaging at the Centre hospitalier Pierre-Boucher in 2012 and also serves as Medical Director and President of the Radiologie Montérégie clinic. In addition to this, he contributes to the organization of health services in the Montérégie area by serving on a regional committee of the heads of specialized medicine departments. 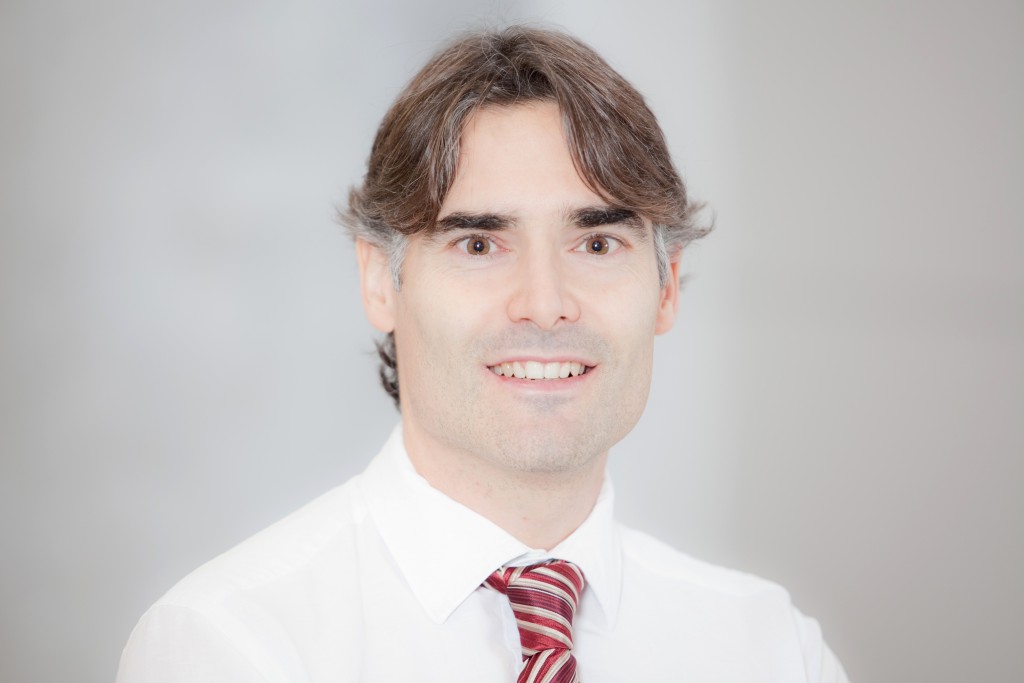 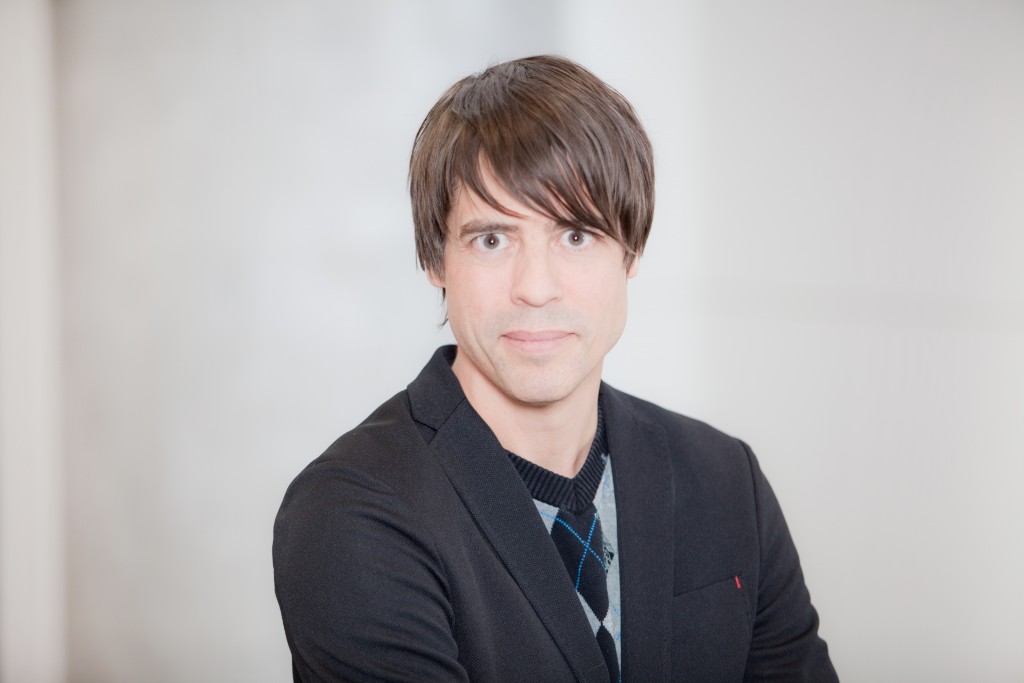 Dr. Frédéric Desjardins earned his degrees in Medicine and Radiology from the Université de Montréal in 1996 and 2001. He has been an active member of the Department of Medical Imaging at the Centre hospitalier Pierre-Boucher since 2001. He has developed a particular interest in musculoskeletal imaging and has been a pioneer in joint ultrasounds in the Montérégie region.

Dr. Maxime Tremblay completed his medical studies at the Université de Sherbrooke in 1997 and his specialty in Diagnostic Radiology at the Université de Montréal in 2002, finishing on the Dean’s honour list. At the end of his residency, Dr. Tremblay was granted the Radiological Society of North America’s Roentgen Resident Research Award for his exceptional involvement throughout his training. After completing his specialty, Dr. Tremblay pursued a fellowship in Interventional and Vascular Radiology and in Magnetic Resonance Imaging in the Université de Montréal hospital network. He joined the Pierre Boucher Hospital’s Department of Radiology in 2003 and currently serves as its Director of the Interventional and Vascular Radiology Service. Dr. Tremblay has advanced expertise in vascular imaging and in each sphere of magnetic resonance imaging. He also has a particular interest in musculoskeletal radiology and interventional therapeutic techniques for the spinal column. He has given numerous lectures on this subject over the years. 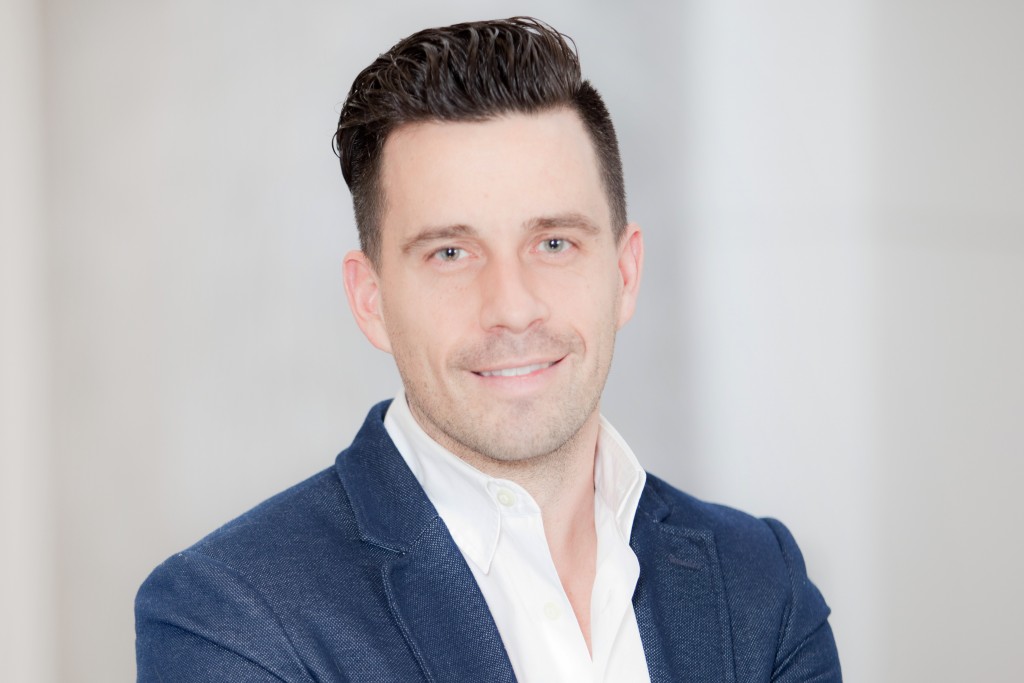 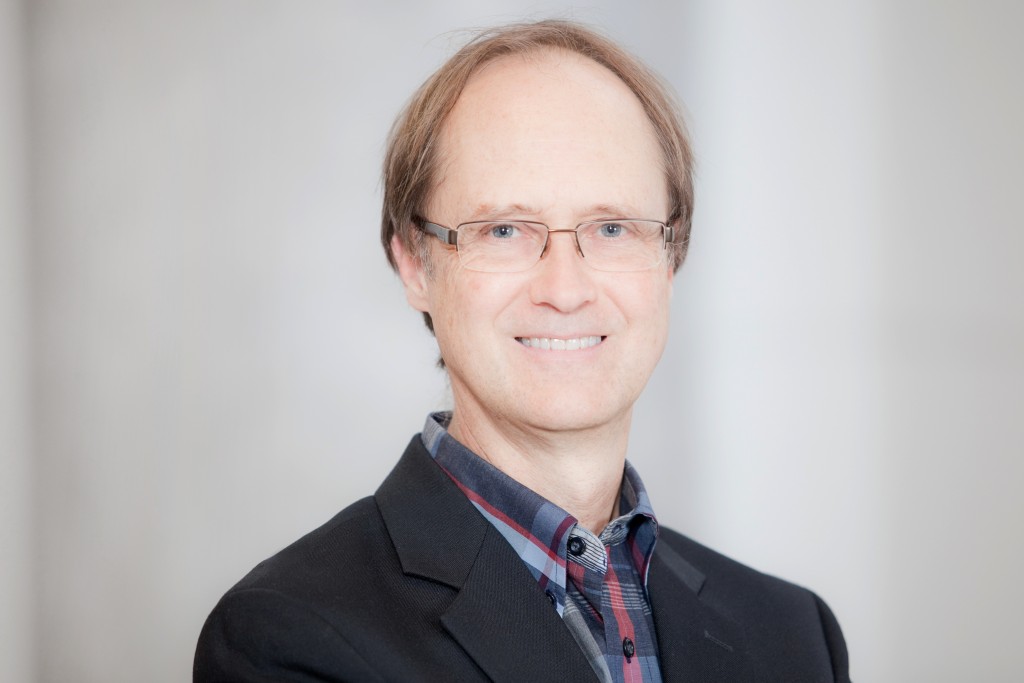 Dr. Corbeil graduated from the Université de Montréal in Medicine in 1987 and became a specialist in radiology in 1992. After supplementary training in angiography at Montreal’s Sacré Cœur Hospital, he became head of the Department of Medical Imaging at Rimouski’s regional hospital for over five years. He moved to the Montérégie region in 1998 and began a mixed practice, becoming chief radiologist for five radiology clinics and an active member of the Centre hospitalier Pierre-Boucher. He has been serving as Medical Director of the Centre de référence et d’investigation désigné en imagerie du sein at the Pierre Boucher Hospital since 1998. In 2001, with his partners in radiology, he founded the Radiologie Montérégie clinic. Dr. Corbeil is a versatile specialist with expertise in all diagnostic methods, including ultrasound, computed tomography, and magnetic resonance imaging.

Dr. Annie Desautels completed her studies in Medicine at the Université de Montréal in 1999, then specialized in Diagnostic Radiology in 2004. She has been working at the Radiologie Montérégie clinic, the Radiologie PB clinic, and the Centre Hospitalier Pierre-Boucher since 2005. She has particular interest in ultrasound and MRI. 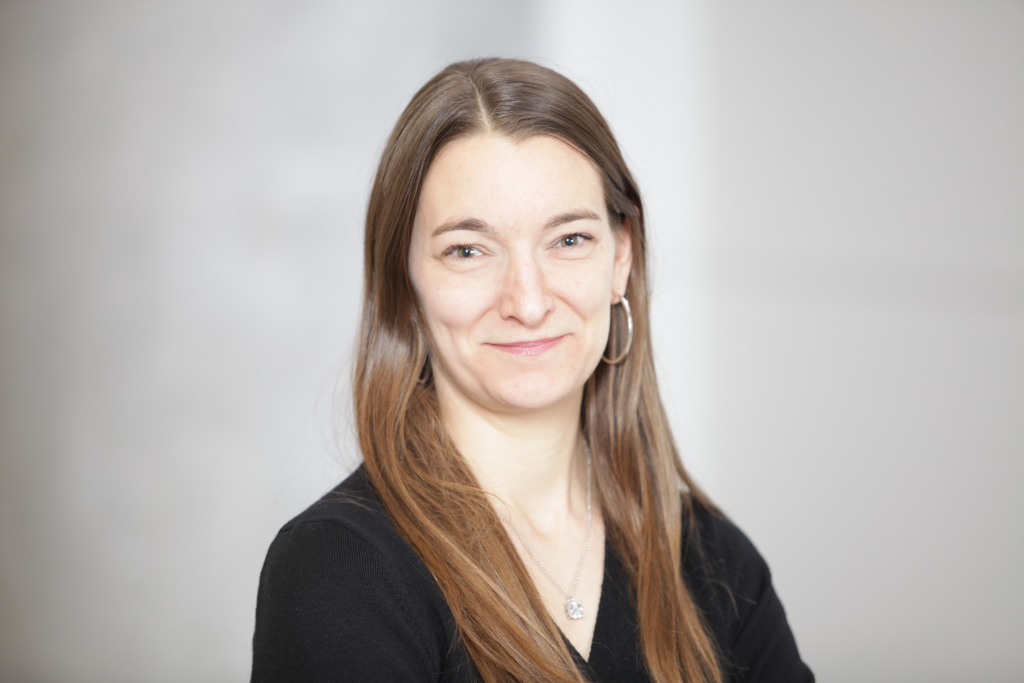 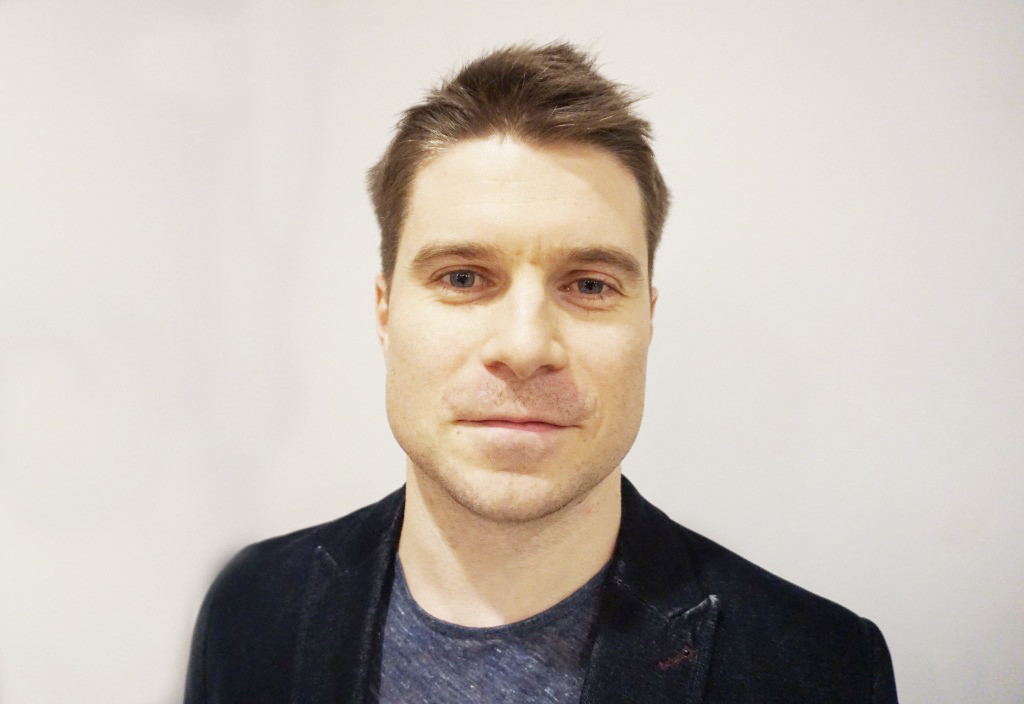 Dr. Bernèche obtained his Doctor of Medicine (MD) degree from the Université de Montréal in 2010 and completed his residency in Diagnostic Radiology in 2015. He joined the teams at Radiologie Montérégie and the Hôpital Pierre-Boucher in 2016. Passionate about his profession, he relentlessly stays on top of the latest breakthroughs in medical imaging. He is particularly interested in neuroradiology and thoracic radiology.

After a medical degree from the University of Sherbrooke in 2010, Dr. Rivest continued his studies in diagnostic radiology until 2015 and then completed his training with a fellowship in vascular and non-vascular intervention at the University of Sherbrooke. He has particular expertise in vascular imaging and neuroradiology. From his first years of practice, he contributed to the development of mechanical thrombectomy for acute stroke within the CIUSSS of Saguenay-Lac-Saint-Jean and sat on the INESSS interdisciplinary committee to promote access to this technique at the provincial level. Since 2019, Dr. Rivest has joined the Pierre-Boucher hospital team and the network of Radiologie PB and Radiologie Montérégie clinics after refining his knowledge in breast and musculoskeletal imaging. 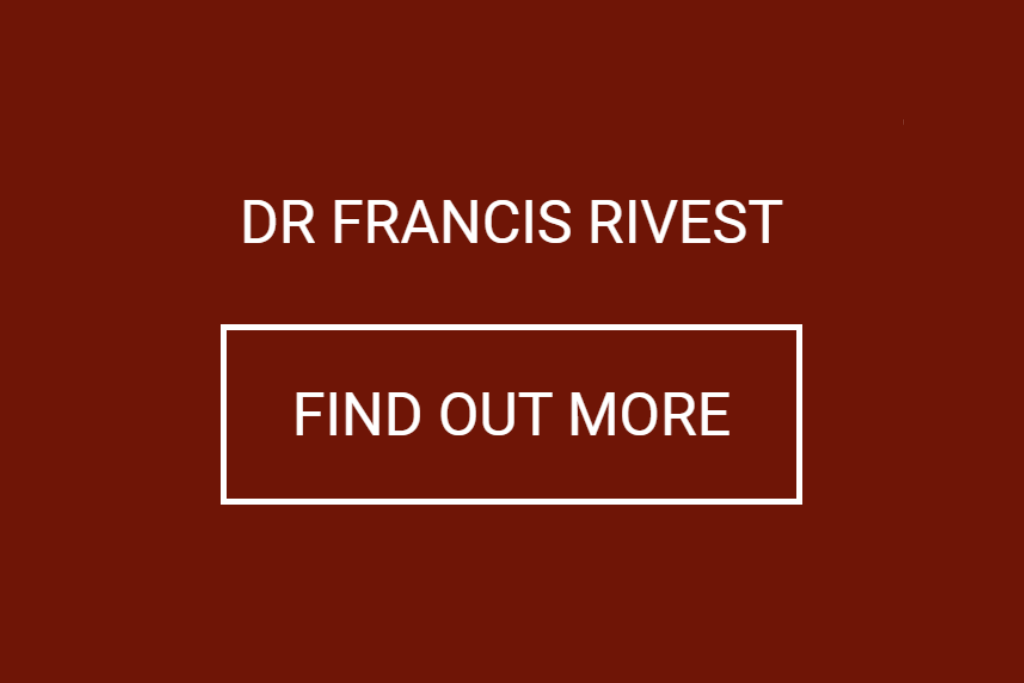 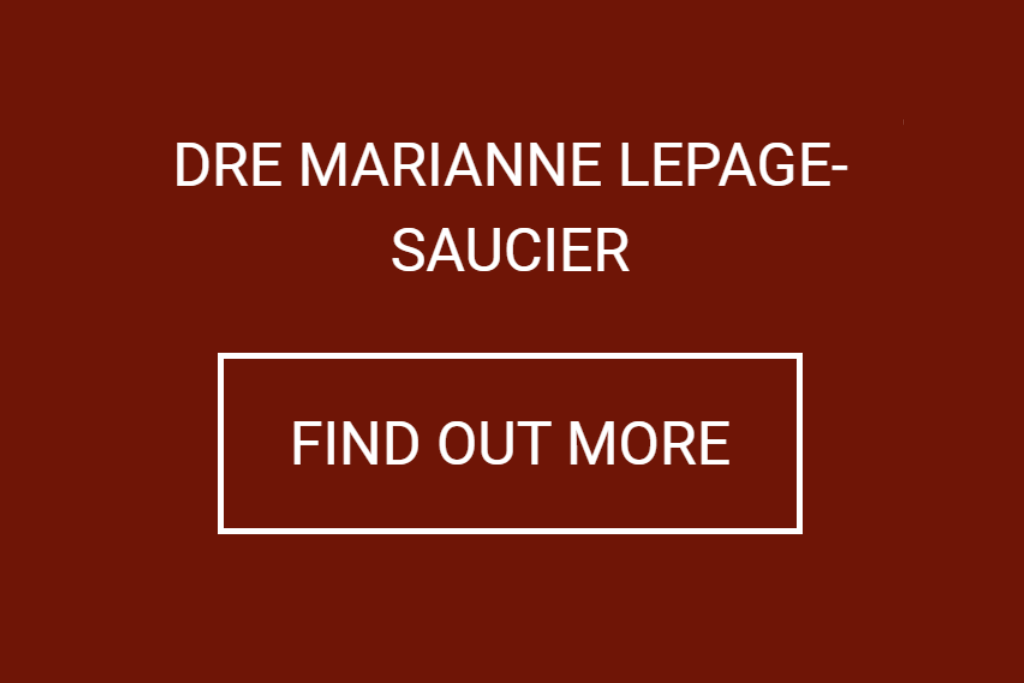 Dr. Lepage-Saucier worked as a radiologist specializing in diagnostic and interventional musculoskeletal radiology in the Department of Radiology at the University Hospital of Montreal (CHUM) from February 2013 to November 2019.

As a professor at the Université de Montréal, Dr. Lepage-Saucier was responsible for undergraduate radiology teaching. She helped to introduce ultrasound training to medical students and radiology teaching based on simulation. She has presented at several conferences in her field and has collaborated in the research activities.

Dr. Lepage-Saucier chose to continue her career in the Department of Radiology at the Pierre-Boucher Hospital in Longueuil and its affiliated clinics, including Radiologie Montérégie in November 2019.

Denis Blanchard has been serving as Radiologie Montérégie’s Executive Director since November 2, 2015. He has accumulated over 33 years of experience within the health and social services network as the executive director for various types of public institutions (CLSC, CHSLD, CH, CSSSS). He holds a Graduate Certificate and an MBA from the École nationale en administration publique, and is known for his management approach focused of results, organizational development, and process optimization. 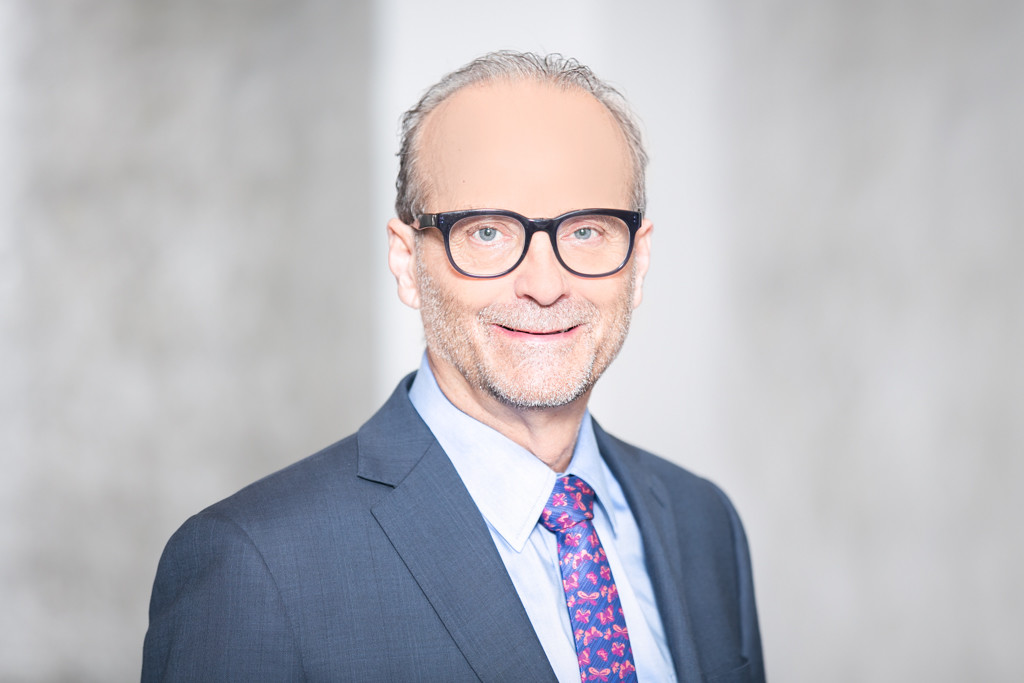 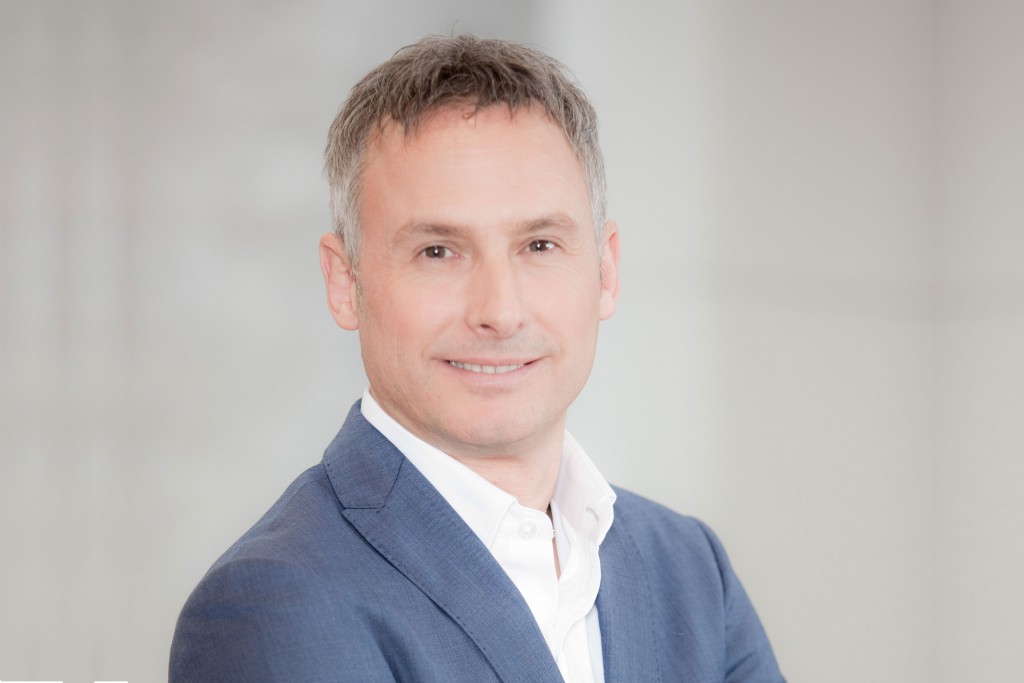 Our Director of Sales, Marketing, and Business Development and a graduate of the Université du Québec in Business Administration and Management, Daniel Turcotte has more than 25 years of experience in management, client account management, and sales and service structure. His specialties are service structure and management, marketing and advertising, business development, and competitive analysis. For Mr. Turcotte, the customer leads our list of priorities.

Marc-André Pelletier, CPA, CA, holds the position of director of financial and administrative services at Radiologie Montérégie. He has a Diploma of Graduate Studies from HEC Montréal and is a member of the Ordre des comptables professionnels agréés du Québec. With experience as an external auditor, he is known for his skills in overhauling financial processes and in conducting internal audits, as well as his results-oriented management approach and concern for the human component. 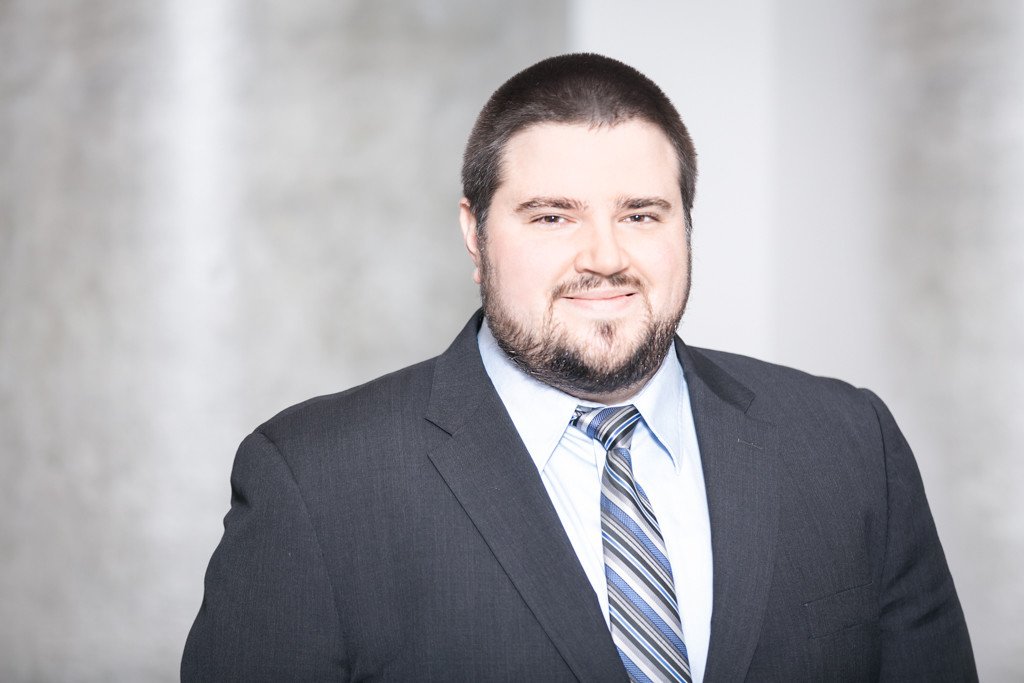 Your browser is outdated. We tried to ensure that our website is compatible with all the latest web browsers, but the browser you are using may not offer you the best experience.

Please ensure that your are using the latest version of your Internet browser to take advantage of new features. Please try Google Chrome, Firefox or Internet Explorer 10. You can also choose to continue with this browser. Continue anyway.